Why Lautaro Martinez would be a great signing for Barcelona

Lautaro Martinez: a name that is perennially linked to Barcelona.

While there were murmurs about a possible move to the Camp Nou in the summer, a stellar 19/20 campaign at Inter and a long term injury to Luis Suarez have ensured that the Argentine is now a top-priority transfer target, come the summer. So why are the Blaugranas so interested?

Well, there is a lot to like about Lautaro. He has enjoyed a great Serie A campaign thus far. He has scored 11 goals and racked up an assist in 20 appearances in the league, alongside five goals in the Champions League.

However, he has been more than just a goalscorer this season; Lautaro’s end-product has often been supplemented by excellent pressing and build-up play. His underlying numbers reflect this.

Not only is Lautaro recording 4.2 shots per 90 and around 16 touches in the 18-yard box, but he is also averaging over 20 pressures per game and 3.2 pressure regains. In terms of build-up play, he is averaging over one key pass per 90 and an xG build-up of 0.17. While his creative numbers are not otherworldly, they are certainly reflective of an expanding skillset, which can only be a good thing for a 22-year-old.

Barcelona seem to view Lautaro Martinez as their ‘Suarez-replacement’ and it’s not hard to see why. Lautaro has proved adept at holding up the ball and playing off his strike partner; he has often demonstrated to be a nuisance in the box, splitting defenders and drawing them towards him, thereby creating space for his teammates.

This ‘gravity’ is something that Luis Suarez himself has provided at Barca. It is what has made him the perfect foil to a player like Messi, who thrives in pockets of space. Moreover, Lautaro has also displayed a knack for long shots, much like a young Luisito.

Lautaro would, in many ways, be an upgrade on the (and this is important) current Suarez. Why? Well, for several reasons. For one, Lautaro has age on his side. With a younger set of legs, Lautaro can press harder and run faster than an ageing Suarez can. One of the criticisms of Suarez has been that he is a defensive liability and that he does not press enough.

It is easy to see why. With Messi, Barca pretty much defend with ten men, which then goes down to nine when the Uruguayan is on the field. While Suarez duly compensates for his lower work rate off the ball with ample end product, there is no denying that his pressing, or lack thereof, becomes an issue in big games, especially against teams that themselves operate with a high press.

Lautaro, then, seems to possess a similar skillset to Suarez’s, except that he couples it with a level of athleticism that the veteran lacks. While his end product doesn’t quite match up yet, it is necessary to point out that he has played in a less attack-focused side in Conte’s Inter. And, more importantly perhaps, he has not played alongside a certain Leo Messi at club level.

Lautaro Martinez does his best work in and around the 18-yard box and, most certainly, would continue to do the same at Barcelona. What would this mean for Suarez? A reduced role, perhaps, or a sharing of the workload. With Lautaro Martinez, Suarez could be the wildcard for Barcelona: coming on late in matches and shaking up tired defences.

Nonetheless, it remains to be seen how would Quique Setien bed the Argentine in and handle any possible friction. Suarez will not easily agree to a reduced role within the team. While his abilities may have dwindled, Luisito still retains the hunger for the game. Moreover, he still retains his influence in the Barca dressing room and a close friendship with Messi, both of which could make a substitute role harder to stomach.

Tactically speaking, Lautaro Martinez could offer a lot to Barcelona. He could be deployed alongside Suarez or Griezmann in a two-man attack with Messi working from behind. This could be in a 3–5–2 (which Setien clearly likes) or even a 4–1–2–1–2 diamond (which we saw against Betis). Both of these set-ups could help alleviate some of the pressure off Messi.

Currently, Leo is forced to provide both creativity and goalscoring figures. By allowing him to work from deep, Setien could allow him to share the responsibilities. Suarez could still be a starter, then, in both of these systems at the expense of Antoine Griezmann.

With both Suarez and Messi on the field, Lautaro could serve as the bridge between the two, linking up with Messi from deep and allowing Suarez to stay further up. While this would still mean that Barca would be weaker out of possession, a shared defensive workload in central areas could allow Suarez to be more effective in advanced positions. Still, Setien could also simply choose to play Lautaro in a 4–3–3 with Messi and Griezmann, Dembele or Ansu Fati on the wings.

In essence, Lautaro Martinez would be a great signing for Barcelona. Considering the failures in the transfer market that Barca have endured of late, signing the Argentine could be a step in the right direction.

La Liga : La Liga 2019-20 Real Valladolid vs Barcelona Live Streaming: When and Where to Watch Online ... 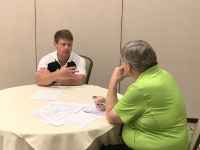 La Liga : Real Madrid is about to win La Liga again, so out come the conspiracy theories