Transfer fees in football have never been the same since Neymar Jr completed his transfer from Barcelona to Paris Saint Germain (PSG) in 2017, for a WHOPPING £200 million.

Back then, Neymar was not for sale at Barcelona although he was interested in leaving, and PSG had to trigger his £200 million release clause to complete the deal successfully. Barcelona had inserted the release clause in his contract assuming that no club would dare shell out so much money to sign him, but they were wrong.

And that marked the beginning of the crazy hike in release clauses across European and world football, as teams tried to secure their best places with sky-high release clauses.

Without further ado, let us take a look at the top ten release clauses in world football right here. Spoiler alert: only two teams feature in this list – Real Madrid and Barcelona, quite obvious if you ask us.

Despite Real Madrid manager Zinedine Zidane’s reported urgency to offload Gareth Bale, the Welshman still remains one of the highest-paid players at the Santiago Bernabeu. He is also the tenth-most expensive player of the world in terms of release clause, as any football club interested in signing him without any hassles or bargaining will have to part ways with a transfer fee of £423 million.

Despite being 33 years old, Barcelona’s Gerard Pique remains one of the best centre-backs in the world – and that is proved by the fact that he is the only defender on the list, after the Camp Nou outfit slapped him with an eye-watering £423 million as part of his 2018 deal.

It only makes sense that Lionel Messi, who is one of the greatest players of all time is tied down to one of the biggest release clauses of all time, given the value he adds to the Barcelona squad with both his abilities as well as his personality.

Although he is aged 32 and could be permitted to talk to other clubs in the summer, Messi comes with a release clause of £592.5 million – nearly thrice the amount that PSG paid Barcelona to force them to part ways with Neymar.

Right now, it might seem a bit crazy that both Lionel Messi and Vinicus Jr have the same amount as release clauses in their respective contracts. One of them is a true legend, while the other one is just starting to find his own footing in a team that is already overflowing with an abundance of talent and skill.

Maybe, in a few years’ time, Vinicius will prove his worth and silence his critics (including myself) brilliantly, thereby making that £592.5 million release clause a worthy addition in his deal.

Targeted by heavyweights like Manchester City, Manchester United and PSG, Isco is one of the most sought-after players in Zinedine Zidane’s squad at the moment. And Real Madrid, on their part, have chosen to insert a £592.5 million release clause in his deal so that no football club will be able to hijack him easily.

Currently injured and slowly recovering, there is no chance that anybody will pay £592.5 million for Real Madrid’s Marco Asensio, but his incredible talent could see his valuation creep into nine figures when he returns. It has only been a couple of years since the Spaniard was identified as one of the most exciting future prospects in football, and only time can tell if he will get there for real.

While it might seem logical to give a recent Ballon d’Or winner and a FIFA World Cup finalist and Golden Ball winner an extraordinary release clause of £634.9 million, there is no denying that Luka Modric is, in fact, on the decline and will likely leave Real Madrid in the years to come, with full willingness from the part of the club.

In such a situation, his release clause will not even be used, as Los Blancos can be expected to agree on a much smaller transfer fee for him.

Brahim Diaz has always been regarded as a top talent at Manchester City, and was expected to be the same at the Santiago Bernabeu as well. However, he has struggled since moving to Spain, and his release clause of £634.9 million is quite unbelievable as of right now.

Barcelona’s recently-recruited Antoine Griezmann has the second biggest release clause in world football, at £677.2 million. While some may assume that this is because he is a relatively new signing, others find it quite justifiable as they see him as the heir to Lionel Messi’s throne at the Camp Nou.

Despite being 32 years of age, Karim Benzema is the biggest source of Real Madrid’s goals, especially after Cristiano Ronaldo’s departure in 2018. And Real Madrid are not ready to give up on him just yet, having made sure that no other club will even try to sign him thanks to mind-blowing £846.7 million release clause.

La Liga : La Liga 2019-20 Real Valladolid vs Barcelona Live Streaming: When and Where to Watch Online ... 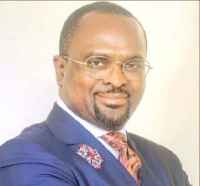 2020-07-11 01:01:06
Few connections in football would immediately associate Jose Mourinho with ... of Mourinho's managerial career during their instance together at Barcelona.

La Liga : Real Madrid is about to win La Liga again, so out come the conspiracy theories